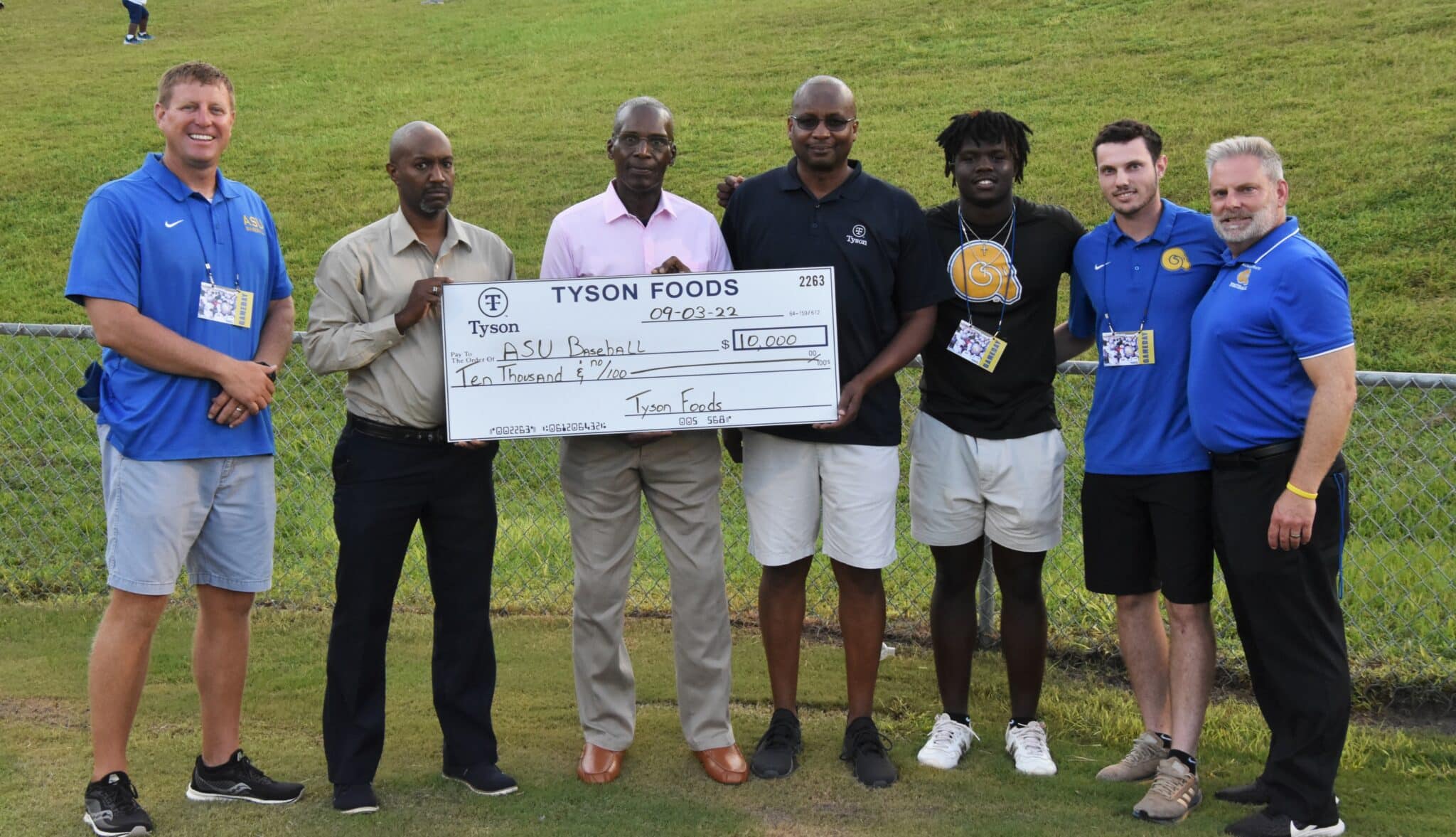 Tyson Foods, one of the world’s largest food companies and a recognized leader in protein, donated $10,000 in support for the Albany State baseball program.

Tyson presented the donation during Albany State’s home opening football game versus Mississippi College this past September 3, 2022. The donation was made at the end of the first quarter on the Golden Rams field.

This donation will carry a lot of weight for many years to come. Many student-athletes will be affected by this in a positive manner. The ASU baseball program has yet to decide what the donation will be specifically used for.

Scot Hemmings, head coach of the Albany State baseball team, expects that the donation will help the Golden Rams reach the next level. He stated “thank you to Tyson Foods, Black College Nines, and Black College Championships for being present at our football game Saturday night. We were overwhelmed with the generosity of Tyson Foods with their donation of $10,000 to our baseball program. I would also like to thank Michael Coker for all of his hard work and dedication. I was honored to be part of such a special occasion.”

Albany State baseball is celebrating the generosity of Tyson Foods and appreciative of what they’ve done. In my opinion, there will be opportunity to do some big things with that gift in terms of the future. I am optimistic about what will happen for the program and their players.

Albany State competed in the Black College World Series presented by Tyson Foods this past May. Since the program’s inception, the ASU baseball team has earned a national championship (NCAA Division II & NAIA) HBCU Baseball Small School in 2018 under coach Hemmings.