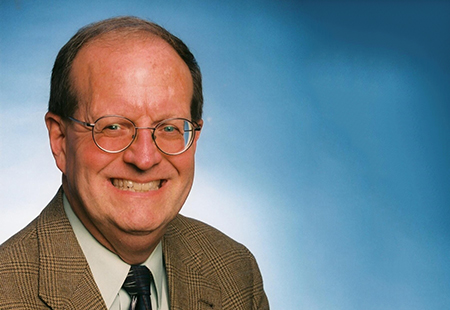 Bo Carter, a veteran of over 50 years in college media relations, is no stranger to communications, college athletics and the business world.

Carter also served as student media adviser and adjunct mass communications instructor at the University of North Texas, Texas Wesleyan University and Texas Woman’s University from 2009-14. He also has been a consultant and columnist with the National Football Foundation since August 2006 after working with the Big 12 Conference for 10 years and the Texas Collegiate League in 2006.

He was named to the College Sports Information Directors Hall of Fame in July 2005 and completed a Masters degree in journalism at the University of North Texas in August 2006.

While he was a student at Vandy, he served as an assistant in athletics media relations from 1970-74 and also interned with the Nashville TENNESSEAN. He was a staff sportswriter at the Vanderbilt student newspaper, the HUSTLER, with future writing luminaries Skip Bayless, John (Joe Bob Briggs) Bloom, publisher Walt Potter, author Irv Muchnick, and Don Hemke. He later worked fulltime for the TENNESSEAN; covered Vandy baseball and freshman/JV football/basketball and was a writer for the Vanderbilt COMMODORE yearbook.

In 1974 he moved to Mississippi State University as assistant sports information director (1974-78) under Mississippi Sports Hall of Fame and College Sports Information Directors of America Hall of Fame legend the late Bob Hartley. Carter became SID at State from 1978-86 and was also sports editor for MSU ALUMNUS magazine. In 1986 he was chosen as the final director of media relations for the Southwest Conference and was promoted to assistant commissioner in 1995. From 1996-06 he was director of media relations, assistant commissioner, sports information director, and historian for the Big 12 Conference.

He has worked 27 NCAA Baseball World Series, six men’s and women’s NCAA Basketball Final Fours, 78 total postseason football games (including the inaugural College Football Playoff in 2014 and NCAA Division I Championships), 25 NCAA Baseball Regional tournaments, 15 NCAA basketball regionals, and 34 AT&T Cotton Bowl Classics. His publications’ experience includes editing chapters on scoring and statistics in the Ron Polk Baseball Playbook (used as a college textbook in over 200 institutions); 32 football media guides, 13 basketball guides and 32 baseball guides, editing the SABR national convention anthology in 1994; co-author (with Dennis Dodd) of Big 12 Handbook, 1996; co-author (with Mike McKenzie) of Tales from Aggieland, 2002; editing SWC Baseball: The Last Roundup – 1996 with the late Chuck Pickard; interviews and biographical writing for NACDA 1965-2015 Anniversary Book in 2015; and special chapters in The Team That Time Won’t Forget: The 1951 New York Giants with Paul Rogers and the 1972 Texas Rangers: The Team That Couldn’t Hit. Carter also was tri-author for the 2016 Dizzy Dean biopic with the late Gene Kirby and Mark McDonald – “Dizzy: Dean of Baseball and My Podnah.”