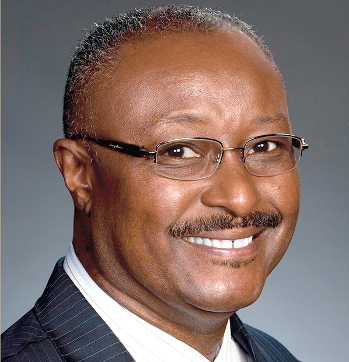 Black College Championships Roger Cador was one of the Southwestern Athletic Conference’s (SWAC) top all-time coaches in any sport leading the baseball team at his alma mater, Southern University, for 33 seasons (1985-2017). Cador was an assistant baseball and basketball coach before being named SU’s baseball coach on Aug. 4, 1984, and built the team into one of the most respected HBCU programs in the nation. He compiled a career record of 913-597-1 (.604) in leading Southern to
14 conference titles and 11 NCAA tournaments.

In one of the most significant moments of his career, on May 21, 1987, Cador guided the Jaguars to a stunning 1-0 upset of No. 2-ranked Cal State Fullerton, which was the top seed for the NCAA South II regional at UNO. It was the first time an HBCU school won an NCAA tournament game. Also, his Jaguars became the first HBCU to win an NCAA Play-In game with the defeat over Austin Peay University in 1996. Cador added two more NCAA tournament victories en route to posting a dozen 30-win seasons.

Cador coached 10 All-Americans and had 62 players chosen in the MLB draft. His dedication to his student-athletes can be seen in having over 100 former players sign professional contracts or establish a career in other aspects of the game such as scouting, coaching and umpiring. Under his guidance, second baseman Rickie Weeks, a two-time NCAA batting champion, won the 2003 Golden Spikes Award and was the second overall pick in the draft by the Milwaukee Brewers.

In 2013 Cador was named to the Major League Baseball Diversity Committee by MLB’s Commissioner Bud Sigil. Cador is a member of the Southern University Athletic Hall of Fame and in 2014 published his first autobiography, “Against All Odds.” He has been lauded for raising money for Baton Rouge-area charities. He also oversaw the construction of SU’s Lee-Hines Field, named after the university president, one year before the titanic upset of Cal State Fullerton. In 2018 he was inducted into the SWAC Hall of Fame.

Cador, a son of a sharecropper, was born on January 30, 1951, in Ventress, Louisiana. An alum of Rosenwald High School in New Roads, Cador went on to become a student-athlete at Southern University and A&M College, where he received his Bachelor of Science degree in Health and Physical Education in 1975. He later earned a master’s degree in Guidance and
Counseling in 1979. Cador is the proud father of Jeremy and Jonathan.