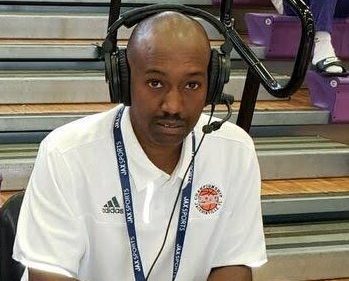 Black College Championships A. D. Drew is a native of St. Louis, MO. He attended Florida A & M University in Tallahassee, FL. After graduation from FAMU, Coach Drew returned to his native Missouri, ultimately landing in Jefferson City, MO and working part-time as a disc jockey for Lincoln University. Drew later returned to school to attend Tuskegee University. During each one of these stops, Drew has made an impact on his community in health, nutrition, or athletics.

In 2012, Drew was named one of the Top 10 Men of Influence in Macon County and honored by the “All Macon County Day Committee”. Coach A. D. Drew has also been employed as the Parks and Recreation Director with the City of Tuskegee, AL and then later in Turner County, GA. In 2016, Drew was named the Outstanding New Professional for District V and for the Alabama Recreation & Parks Association (ARPA). In 2016, Tuskegee Parks & Recreation was voted the ARPA 2016 small agency of the year.

Drew has conducted research in seven publications, primarily through the Alabama Cooperative Extension Program. Drew has also been instrumental in grant writing. Drew is currently the Marketing Director for the Black College Sports Network (BCSN). He co-hosts the BCSN’s flagship podcast, The BCSN SportsWrap with Bryan and A.D. He currently produces multiple podcasts for the BCSN, including Thee Pregame Show, Dr. Cavil’s Inside the HBCU Sports Lab with Charles Bishop and Michael Washington, Inside HBCU Football, The Carlos Brown Show, and Knights of the Roundtable. Drew is the treasurer for the HBCU Pro-Sports Media Association. Drew is a graduate of Florida A&M University (BS: Accounting) and Tuskegee University (MS: Agricultural Economics).