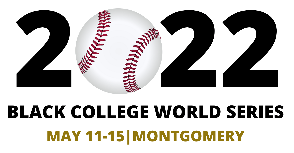 A new alliance has been formed to organize and run Historically Black College and University (HBCU) World Series baseball events for 2022 and beyond. The Black College Championship alliance intends to secure and solidify highly regarded, dependable sponsorship while building stronger bonds with school administrations and athletic departments, as well as with conference administrators.

The goal of the new alliance is to stage a national baseball tournament to decide a post-season playoff system featuring the best HBCU collegiate baseball teams in the United States.

The Black College World Series is a postseason event to determine HBCU baseball national champion on the field, while emphasizing the significance of collegiate baseball’s unique regular season where every game counts.

Black College Championships, along with it’s selection committee will announce the field of eight-teams in all for the 2022 Black College Baseball Tournament. The field for the world series includes automatic bids via conference championships and at-large entrants and at-large invites. The tournament is a double-elimination two-bracket format.

Each of the teams in the two-brackets, the winners of those games play each other, while the losers play an elimination game.