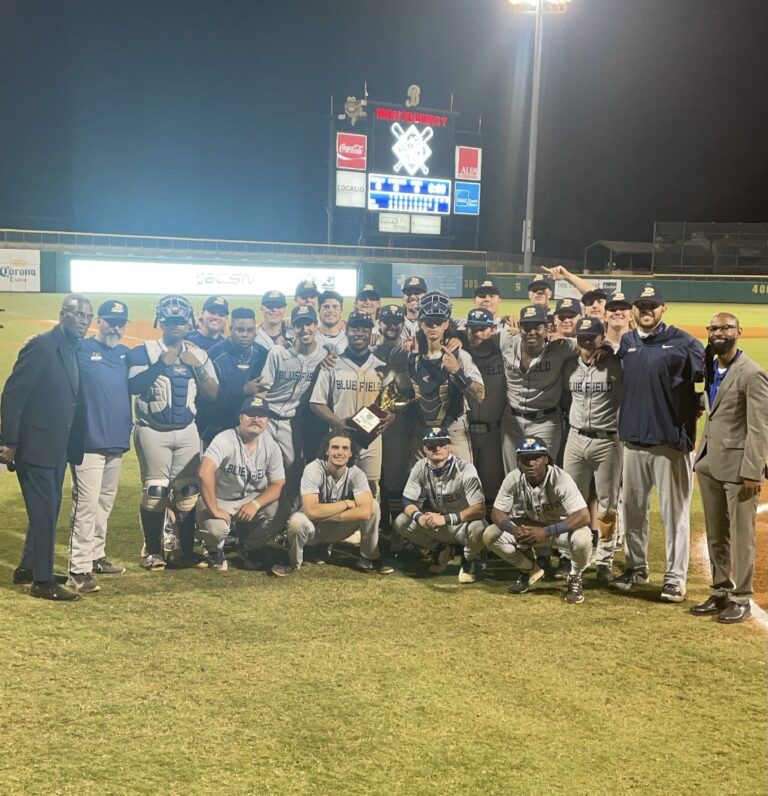 In addition to winning the tournament championship, Bluefield State finished for the year with a winning record (25-12).

Big Blues beat Edwards Waters 5-4 to open the tournament. A 4-1 victory versus Xavier in their second game served notice that the Big Blue was a contender for the tournament crown. The Gold Rush, the nation’s only Catholic HBCU, held the top seed in the bracket and boasted the tournament’s best record, finishing tournament play at 26-9.

In a showdown with Florida Memorial, a four-run rally in the sixth inning followed by a three-run burst in the seventh put the Big Blue ahead setting the stage for the championship meeting with Xavier.

The Gold Rush exploded at the plate in Game 1, shelling Bluefield State with 16 hits in a 16-2 rout.

In the winner take all championship game. The Big Blue scored six runs in the first inning of Game 2 and retained custody of the lead until the final out.